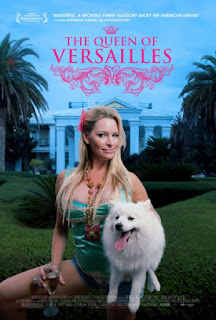 The mortgage debt crisis of 2008 and the subsequent global recession revealed a terrible secret about the wealthy—they could be as bad at managing their money as the rest of us. And while many of the 1 percent managed to scrape by with the help of massive government bailouts, Florida timeshare mogul David Siegel and his third wife, Jackie, weren’t so lucky. Their riches-to-rags story is chronicled in The Queen of Versailles, a fascinating case study of greed and hubris, and a sobering reminder that you’re never too rich to have financial woes. There’s a measure of poetic justice as the Siegels struggle to avoid bankrupting an empire built on convincing middle-class Americans to shell out for vacations they couldn’t really afford. But giddy schadenfreude quickly gives way to the ugly toll that the constant financial stress takes on the family’s emotional well-being.

The Siegels’ hardship is largely the consequence of two epic boondoggles. The first is their quest to construct the largest single-family home in the United States: a 90,000-square foot monstrosity inspired by the famous chateau of Louis XIV. The second is a pair of condominium towers in Las Vegas where one of David’s sons preaches the gospel of leisure like he’s running a tent revival, claiming that vacations “save lives” and comparing his sales staff to firefighters. The subprime crisis wreaks havoc on both projects, but David and Jackie try their best to keep up appearances. Director Lauren Greenfield finds a particularly fascinating subject in Jackie, a former model and beauty queen who keeps spending like she’s still a billionaire. Her unconscionable excess and consistent denial in the face of financial ruin lends the film a Grey Gardens-like quality. After the much of the household staff is laid off to save money, there’s a swift decline in cleanliness at the Siegel residence, and a home that once feted all 50 Miss America contestants becomes a minefield of dried dog feces.

Yet for all her perceived ditziness, Jackie at least tries to take a positive approach to coping with this major life-altering crisis. The mother of eight who speaks of “visiting” her children during a walkthrough of her half-completed dream home uses the catastrophe to re-evaluate her commitment to her family. She exudes enough bootstrap-pulling enthusiasm to make some of the film’s wry observations seem like cheap shots (when Jackie buys one of the kids a new bicycle for Christmas, Greenfield impishly pans over a dozen unused bikes sitting in a garage). That’s more than can be said for David, whose impotent rage accumulates over his two-year battle to stave off bankruptcy. His progressively weary and mean-spirited interviews reveal deeper flaws than financial mismanagement; his stubbornness and startling lack of communication have stranded him on an emotional island, however well-apportioned it may be. Far more than a humorous catalog of the indulgences of shortsighted rich people, The Queen of Versailles is an engrossing wide-angle critique of the unsustainable behaviors that turn American dreams into American nightmares.

Email ThisBlogThis!Share to TwitterShare to FacebookShare to Pinterest
Labels: reviews, The Queen of Versailles