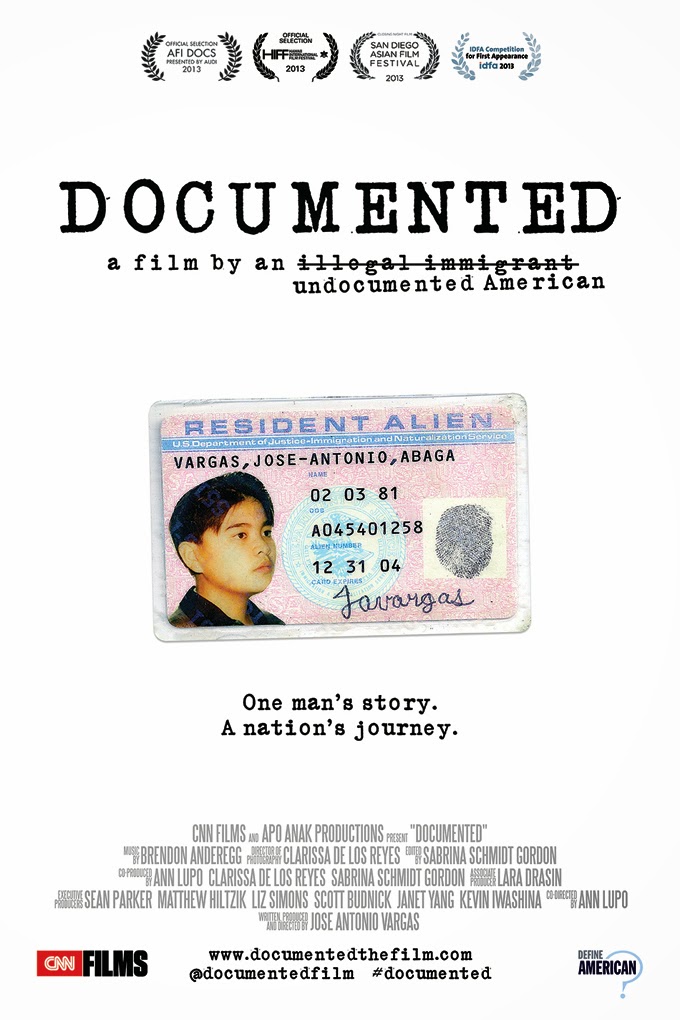 It’s a general taboo in journalism to make yourself the center of the story.  Jose Antonio Vargas’ Documented, however, is a rare exception: Vargas is the story, a Pulitizer Prize-winning journalist who in 2011 publicly declared that, since arriving in America from the Philippines as a 12-year-old in the early ‘90s, he’d been living and working in the U.S. as an undocumented immigrant.  Sent to live with his grandparents in California, Vargas first discovered the truth about his immigration status when applying for a driver’s license.  For years, Vargas dodged uncomfortable questions and worried constantly about deportation, until the roiling debate on U.S. immigration policy finally pushed him to “come out” as undocumented in a lengthy New York Times Magazine essay.  Documented records the aftermath of Vargas’ decision to divulge his secret, and as the riveting film shows—with less of the PR polish of Vargas’ other public statements—it’s a revelation with both political and personal implications.

Only 33 at the time of Documented’s release, Vargas seems to have accomplished enough to fill multiple lifetimes.  Like a true high achiever, he gives us two films in one.  The first is an earnest social treatise about immigration reform centered around the fight to pass the DREAM Act, a law that would provide a path to citizenship for young people who often had little to no agency in the decision to grow up undocumented in America.  Through an Alexis de Toqueville-style road trip that takes him everywhere from Capitol Hill to the 2012 Iowa caucuses to Alabama and the crucible of reactionary anti-immigrant laws, Vargas keeps the issue of undocumented personhood—his own legal identity—front and center.

Of course, it helps that Vargas himself is a compelling test case, making his autobiography the film’s other, indispensible half.  No number of rallies or testimonies before Congress could make his case more convincing than the incredibly candid footage shown here.  In Vargas’ personal struggle to reconcile conflicting emotions about his country and his family with his newfound role as a social activist, Documented quite literally puts a human face on the immigration issue.  Several of them, in fact, as the film’s crew travels to the Philippines and tracks down the mother who sent her son to the States to pursue a better life, even though her chances of following him there were incredibly slim.

The typical challenges immigrants face—unmoored families, daily prejudice, adapting to a new culture—are magnified for the undocumented with the looming threat of legal repercussions should their status become public.  In a sense, Vargas is an outlier, protected in some measure by his credentials, his notoriety, and his network of allies cultivated throughout a successful career.  However, that makes his situation no less precarious (all it takes is one judge with a strict interpretation of current U.S. law) and the film makes a genuine effort to frame his story as part of a broader concern.  Still, there’s no question that Documented is most striking in its portrayal of Vargas and his ferocious love for America, a love that endures despite all the obstacles and hardships and intolerance, and a love that ultimately proves that something so flawed can still be worth fighting for.
Posted by Eric Ambler at 6:03 PM