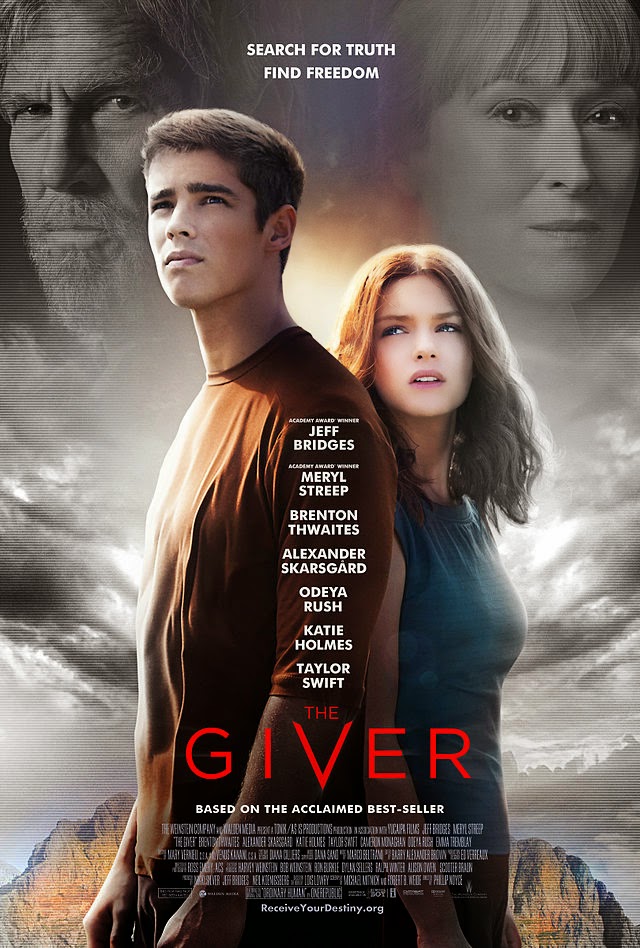 The Giver takes place in a nondescript futuristic world where an unnamed cataclysm has inspired a community to retreat into predictable “Sameness” - every individual lives in the same modest dwelling, wears the same modest clothes, and holds the same modest dream of continuing the status quo.  Conflict is unknown.  People aren’t made to hide their emotions, but are instead compelled to describe their feelings in such precise language that their effects become easily managed (and even then they submit to mandatory injections that stabilize their moods).  Aside from their professions, which are assigned to each citizen by the community’s lead elder (Meryl Streep) when they come of age, everyone is a perfectly functional copy of each other.  It’s an all-too-apt analogy for the film itself, unfortunately, which takes Lois Lowry’s Newberry Medal-winning 1993 novel and turns it into an agreeable but bland facsimile of its more recent contemporaries - another entry in the YA adaptation-of-the-month club.

Director Phillip Noyce devotes nearly all of his attention to the moral dilemma of Jonas (Brenton Thwaites), an 18-year-old selected as the community's steward of past memories.  His training involves receiving those memories from the Giver (Jeff Bridges), memories of love and joy and color, but also those of pain and violence and loss.  When death ceases to be an abstraction, Jonas begins to question the underpinnings of the community's social order and its rules of emotional abnegation.  He becomes tender with a sickly infant that his family unit has temporarily adopted and tries to get his first crush, Fiona (Odeya Rush), to understand what attraction feels like.  For the most part, The Giver understands that these.

If only the film could successfully project that confidence.  Despite its attempts to convey Jonas's awakening by gradually expanding its palette from black-and-white to rich color, The Giver's visuals can't help but feel antiseptic and derivative.  This restraint makes narrative sense, but the design's aspirations to evoke films like The Hunger Games goes so far to be nakedly derivative.  That also applies to the script, which is even more disappointing.  Jonas's stilted interactions with his friends seem like an unconvincing attempt at a love triangle, and a tacked-on action climax and chase sequence runs counter to the spirit of the material.  (And the less said about the pandering inclusion of Taylor Swift as a piano-playing hologram, the better.)

That's too bad, considering The Giver has long been a passion project for Bridges, who originally envisioned his father Lloyd in the title role.  The younger Bridges is fantastic as it is - the movie's best sequences take place with the Giver in his cliffside bungalow, an organic and unpredictable contrast to the artificially stable world that he serves - and it's unfortunate to see the final product give in to larger commercial realities that finally got it greenlit.  Alas, the movie does exactly the opposite of what his character would want:  it elides risk, turning from what makes it unique to rest in the comfort of conformity.
Posted by Eric Ambler at 8:36 AM